After the commercial declaration of Halewah, Dhahab and Al-Nasr field, the operator started to 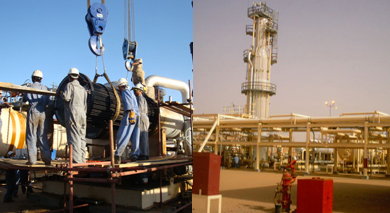 A total of 26 wells were drilled in Halewah field, of which two wells are used for gas injection,

plugged and abandoned. In Dhahab field 23 wells were also drilled, of those wells two wells are 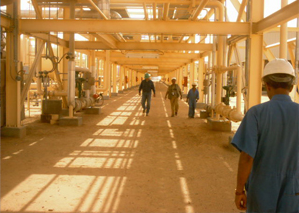 20 wells were drilled in Al-Nasr field of which 6 wells are used for water injection. One

exploratory well was drilled in Aser field and completed as an oil producer. Four wells were

drilled in Jannah field, of which one well was plugged and abandoned.

In May 1997, the operator started to construct the Long Term Production Phase (LTPP) facilities

in Halewah with capacity of 70,000 Bbls/day, which receives the oil produced from Dhahab,